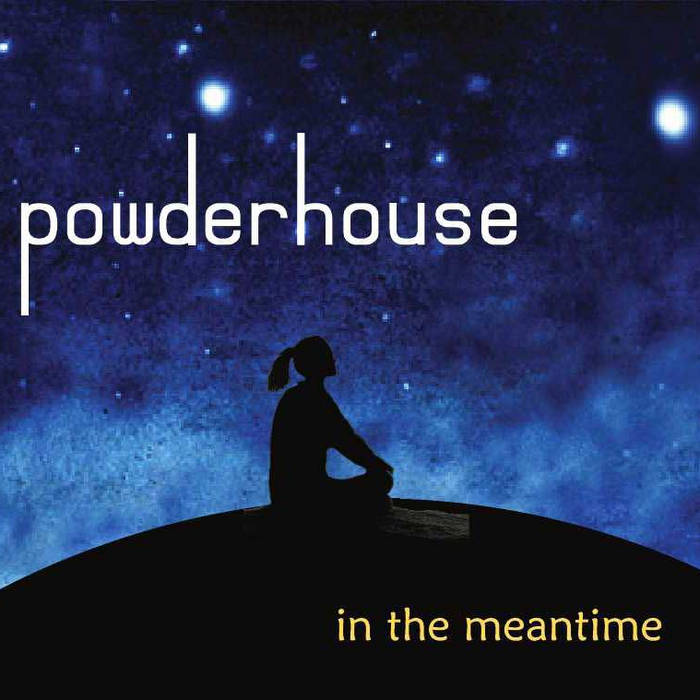 FOC Records is proud to announce the release of In The Meantime, the debut album from the Boston-based rock band Powderhouse. The 12 song album, available as both a CD and a download, is comprised of 12 original songs either written or co-written by lead vocalist and rhythm guitarist Teresa Mastrorilli. Blending elements of garage rock, alt-country, power-pop and classic rock, Powderhouse sounds like a band that has a combination of Kathleen Edwards, Liz Phair and Aimee Mann fronting Tom Petty’s Heartbreakers. Produced by Teresa and multi-instrumentalist Ray Boyce, the album was recorded and mixed by Ray at FOC Studios in Newton MA and mastered by Tom Waltz at Waltz Mastering in Watertown MA.

With the goal of emphasizing Teresa’s strong songwriting, the band’s straightforward arrangements feature emotional vocals, confident guitars, solid bass lines, powerful drums and tasteful keyboards. The style of the songs include the Stones-y vibe of “Someday Soon”, the adult alternative rock of “Close To Love” and “Too Far Gone”, the power-pop of “Kilimanjaro”, “Keeping My Heart” and “Coffee Shop Girls”, the alt-country of “In The Meantime” and “Even Though” and the straight-up rock of “Pick You Up”, “Forgive You” and “Treetops”. The band even creates a new genre they half-jokingly call “Psychedelic Calypso Pop” on the track “La Sirena”.

Powderhouse first came together in early 2007, when Teresa approached the veteran rhythm section of Kevin Moylan and Ray Boyce (x-Returnables, x-The New Thirty) to help her record some of her material. Kevin and Ray thought Teresa's songs were great, so they asked their guitarist friend Evan to join them in the recording sessions. Things went so well that they decided to form a band. Powderhouse played their debut gig to a packed house at P.A.’s Lounge in Somerville in May of 2007, and since then has played very successful shows at top clubs throughout the Boston area, including T.T. the Bear’s Place, Church, Oliver's Nightclub, All Asia Bar, Copperfield's, Bill’s Bar and Porters Bar.

Looking to expand their sound, Powderhouse invited keyboardist Art DaPrato to join the band in early 2008. Not long after, Fred Pickard (x-New Thirty, x-Returnables) came on board as lead guitarist. After several successful gigs with the new line-up at clubs throughout the Boston area, including an appearance at the 2009 International Pop Overthrow Festival, the band headed into the studio to record what would become the tracks for the new album.

"In The Meantime" was released on FOC Records in July of 2010 (available on CD Baby, iTunes, Amazon MP3, eMusic and elsewhere), which the band celebrated with a very successful CD Release Party at Oliver's Nightclub in Boston. Since then, the song "Keeping My Heart" (from the new album) was voted onto the Top 5 Local Song Poll on WZLX/Boston Emissions for 4 straight weeks, and songs from the album have received airplay on both terrestrial and Internet radio. Positive reviews of the album have appeared in The Deli Magazine, Metronome Magazine, WomensRadio Music Review and elsewhere.

After a big Saturday night gig at Church in Boston in October 2010, Powderhouse was once again selected to play the International Pop Overthrow Festival, held at PA's Lounge in November of 2010, and followed that up with another successful show at Precinct in Somerville in December. More recently, Powderhouse was featured as the "Soundtrack" artist of the day on "The Morning Show" on NECN Television in February of 2011. Several Powderhouse songs have also been placed in the independent film "Wingman", which had its world premiere in May of 2011. Powderhouse is planning on more gigs in and around the Northeast during the coming year, continuing to support the new album and gain more exposure.

Powderhouse is a female-fronted rock band from Boston. The band has played top venues around Boston and has released 4 albums (a full-length in July '10, a 6 song EP in Nov. '12, a 5 song EP in Sep '14 and a 5 song EP in Nov. '17), resulting in positive reviews, radio airplay and even a movie soundtrack. Contact: info@powderhouseband.com ... more

Bandcamp Daily  your guide to the world of Bandcamp